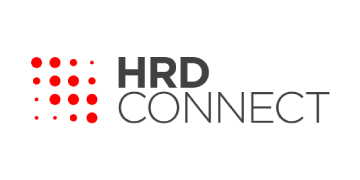 Fifty-seven percent of employees desire a workplace with more inclusivity. It has been proven that more diverse companies outperform less diverse companies by at least 35%. D&I has become a significant factor to attract more and more employees to the workplace – conversely, employees will feel more unwelcome at a company that is not diverse.

Decision-making outcomes are heavily affected and impacted by the D&I strategies that a company adopts. Whether teams depend on a top-down decision or a more unilateral one, diverse viewpoints can result in an enhanced feeling of loneliness. Companies have a fine line to tow in that regard.

Dr Stefanie K. Johnson is an associate professor of Organizational Leadership and Information Analytics. She holds the Andrea and Michael Leeds Research Fellowship, is the Director of the Daniels Fund Ethics Initiative, and is a 2020 RIO Fellow. She has presented her work at over 170 meetings around the world including at the White House for a 2016 summit on diversity in corporate America.

0:57 – How does better diversity affect the company?

1:46 – How to adopt a better D&I strategy for recruitment? Dr Stefanie K. Johnson is an associate professor of Organizational Leadership and Information Analytics. She holds the Andrea and Michael Leeds Research Fellowship, is the Director of the Daniels Fund Ethics Initiative, and is a 2020 RIO Fellow. She has presented her work at over 170 meetings around the world including at the White House for a 2016 summit on diversity in corporate America.

We know that the most diverse companies outperform the least [diverse] by 35%, and that employees really want more diverse organizations. 57% of people report wanting their company to do more to increase diversity, and this statistic is from 2018 so I imagine that number is even greater today. 67% of job seekers are considering the diversity of an organization and the opportunities for diverse employees when deciding whether to take a job, and so it helps attract the very best talent. And we know that 66% of companies claim that they’re doing the work to increase diversity, but only 25% actually have solid plans for how they’re going to get that done.

When you have that diversity, you just get better decision-making, innovation, creativity and less groupthink. So this was some work by Bain and Company that show that having more diversity, and then even in diverse ways, so not just – I think we often think about gender diversity and racial diversity – but age diversity, gender diversity, racial diversity, even geographic diversity. When you combine all of those things, teams make correct decisions 87% of the time, versus 58% of the time when a team is lacking that diversity. And I will note that 96% of companies achieve success around diversity when they have white men involved in diversity and inclusion efforts. But only 30% of companies are successful when they don’t.

How do you recruit? How do you screen employees using anonymized assessments or having diverse finalist slates? And so many companies that I worked with followed these examples; they increased diversity, they increased the diversity of their applicant pools and those who made it through the door. And then they had turnover – increased turnover – because we do see in research studies that women and women of color, and people of color, are more likely to leave an organization – they have shorter tenures – oftentimes, because they don’t feel inclusion. So when these organizations came back to me and said, “we did a great job, we did everything you said, and folks are leaving”, then I thought, “yes, because that’s really only half the battle”. As all of you know, you can get people in the organization, but you have to make them want to stay, and that is by increasing inclusion. And if you can do that, what we see is actually inclusive organizations have significantly lower turnover – 5% lower turnover, which is a huge cost difference. If you want to run the numbers, it’s a fantastic savings for organizations to boost inclusion. It also makes people just want to show up to work. If you could increase inclusion by just 10%, it would increase employee attendance by one day, per year, per employee. And as a result, inclusive companies outperform others by eight to one. Also one of the reasons that performance occurs is because of innovation, and so 74% of employees see their company as innovative when it’s inclusive versus only 10%. That’s not a lot when it’s not inclusive. And 83% of Millennials report feeling engaged in inclusive cultures versus only 60% in cultures that are less inclusive.

The reality is that it’s easier to build inclusion to have people experience that feeling of belonging when everyone’s the same. But when we start down the road of trying to really hire the best talent, which means a very diverse talent pool, inclusion becomes a little harder. If you think about the times when you felt included, and when you haven’t, people tend to respond with very similar feelings. And it’s an experience of feeling like you are an essential, valued member of the team, and you can be yourself. You can’t have one without the other – and I call this uniqueness and belonging. You need to feel that you can be your authentic self, and that you don’t have to leave part of your identity at home and still be an essential valued member of the team. When you don’t have both of these things, people actually talk about feeling incomplete.

When they have high uniqueness, everyone recognizes that they’re different. But as a result, they’re not really part of the team. They feel just kind of isolated and alone.

We need to be connecting with people and understanding their perspective. That requires empathy, and that can be built and practiced. It’s not an inborn trait. It’s a skill that if you’re listening to people and trying to understand their perspective, and you check with them, you’re going to be building your empathy muscle. Be an ally, and not a performative ally, but a true ally. Consider who you’re suggesting for promotions; who you’re mentoring; whose voice you’re amplifying. And if that group does not reflect the population, then maybe try to increase your network a little bit so that you are an ally to a more diverse group of folks. The concept of leadership is not what it once was. As times change, companies to... Decision-making differs across cultures, therefore it's important to understand ...